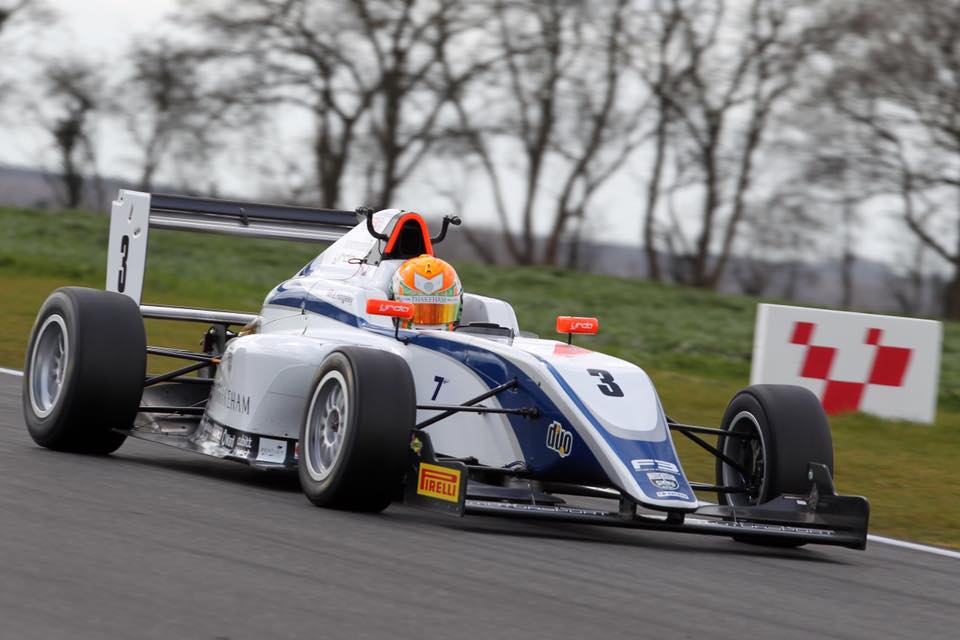 Ben Hingeley, the 2015 Formula Jedi Champion, has joined HHC Motorsport for a full campaign in this year’s BRDC Formula 4 Championship; it has been confirmed today (11 March). The 18-year-old has tested the new Tatuus-Cosworth numerous times and has now committed to the 2016 season with the reigning champion outfit.

The teenager, who hails from Abergele in North Wales, began his motorsport career racing karts and achieved notable success, winning the 2011 Welsh Mini Max title, finishing fifth in the Super One Junior Rotax Championship in 2012 before becoming Vice-Champion in the same category in 2013 and claiming the Junior Rotax British Open title. He was subsequently invited to participate in Ferrari’s three-day Young Driver Academy at Fiorano, Italy.

Hingeley stepped up to single-seaters in 2015 and claimed the Formula Jedi title in his rookie year, winning eight races with three further podiums and claiming three lap records en route to the championship.

Hingeley said: “I am thrilled to be competing in the BRDC Formula 4 Championship this year with HHC Motorsport. I’ve had the chance to do some limited testing and I’ve found the car awesome. HHC is a fantastic team with their knowledge and experience and I hope to be up to speed very quickly.

“This is a step up for me and a new challenge, so with the extra downforce and power it will take some getting used to. It has taken some time for it all to come together and I am so grateful to Mr Paul Rooney of Thakeham Homes for providing me with this opportunity. I am looking forward to the season starting and giving it my all.”

Charlie Kemp, Team Principal of HHC Motorsport, commented: “Ben is a talented young racer and we are pleased that he has committed to the BRDC Formula 4 Championship with HHC. We are looking forward to developing his talent throughout the season.”

The 2016 BRDC Formula 4 Championship gets underway at Snetterton on March 27/28, featuring eight meetings and 24 races across the season.