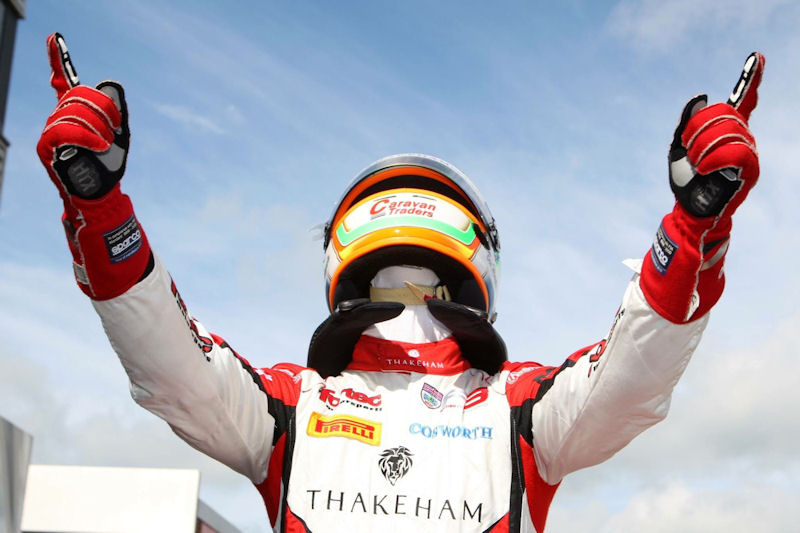 Ben Hingeley won his second race of the season in the second encounter at Silverstone, surging past his Fortec team mates to take a lead on the opening lap that he would not relinquish.

Ben said – “I was starting in the middle of all that in fourth, so I managed to get a great start, that was a real factor in the race win. Into first after the first lap was what I dreamed of, really and they came back at me towards the end, I had to hang on a little but i’m really happy with it.”