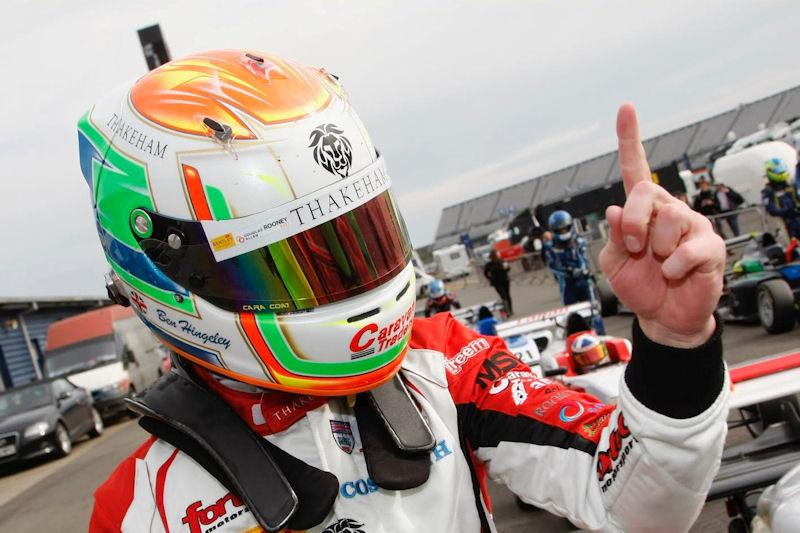 This weekend saw round 4,5 and 6 of the British F3 championship at Rockingham circuit. Ben qualified 3rd after a red flag brought the session to an early finish.

Race 3 – Starting P2, As the lights went out Ben slotted in behind Cameron Das before a safety car was called due to an incident on track. At the restart Das tried to pull away but Ben seized the opportunity to throw his car down the inside at the hairpin and took the lead. Ben was leading when yet another safety car was called. This time it was Ben who had to control the situation making the perfect restart. He continued to the chequered flag to take his first F3 victory.